I read some amazing books this year! It was hard, but I pared my top list down to my 10 favorite books this year. Here they are in no real order beyond being my top reads of the year. I've included my mini summary - the titles link to my original Instagram post with my full review, and the authors are linked to their websites where available. Take a look and let me know in the comments what one (or two) of your favorite books was in 2021! 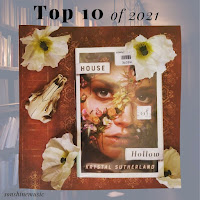 House of Hollow by Krystal Sutherland

Iris and her sisters disappeared for three months when they were children. They came back strangely changed and with no memory of what had happened. Now they're older and each has found a way to deal with their past. Grey is an internationally renowned fashion designer, Vivi roams the world playing music, and Iris is finally gaining a little high school normalcy. Then Grey goes missing again. And a strange man starts following Iris. What really happened all those years ago? And is it happening again 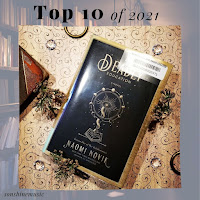 A Deadly Education by Naomi Novik

El is the chosen one. Unfortunately she's the one chosen to destroy the world, which means the Scholomance keeps trying to teach her spells of mass destruction when she's just trying to clean the monster stench out of her rug. That's the downside of attending a sentient school for magic. That and the monsters who regularly try to eat her and the annoying golden boy, Orion, who keeps swooping in to save her life when she doesn't need it. At this rate, she'll be lucky to make it to graduation without flunking out or killing all of her classmates. 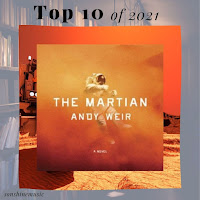 The Martian by Andy Weir

Mark Watney may be the first man to die on Mars, which really isn't how he expected to be remembered. Accidentally left behind, it will take all his ingenuity, perseverance, skill, and sarcasm to survive. 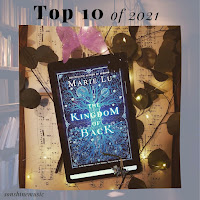 The Kingdom of Back by Marie Lu

Nannerl has one wish: not to be forgotten. But her younger brother Woferl is the one receiving the praise and opportunities to share his compositions while she has to hide her talent. When a mysterious boy from the Kingdom of Back offers her the chance for her wish to come true, she agrees to complete his tasks. But as time passes, she begins to wonder what her wish might cost and if the price is worth it. 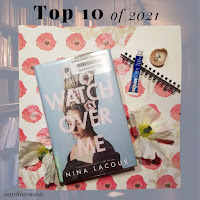 Watch Over Me by Nina Lacour

Mila is aging out of the system with nowhere to go, so when she's offered an internship at a farm working with other foster kids, she accepts. The farm is everything and nothing she expected. It might be a place to belong, but it's haunted, much as she is by the shadows of her past. Does she deserve the glimpse of happiness she sees or will the darkness of who she was destroy her life again? 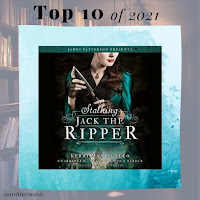 Audrey Rose is supposed to be a genteel lady of society, but she'd rather be dissecting bodies with her uncle than sipping tea with other girls. With a killer haunting the city and her uncle's new assistant driving her up the wall, Audrey Rose has to figure out the truth. Especially since it seems the killer may be closer than she could imagine.

(somehow I never posted this to Instagram and I'm appalled!)

The Empire of Gold by S. A. Chakraborty

Daevabad is under siege, Nahri and Ali are on the run, and Dara is struggling to reconcile his conscience with his loyalty to Manizheh. As the conflict comes to a head, new players enter the scene and old allies and enemies have a role to play. Will Daevabad and its people find a way out of the cycle of vengeance and violence before their world is damaged beyond redemption? And who will be left to pick up the pieces in a world that hasn't known anything else for centuries? 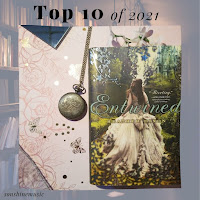 Azalea promised her mother she would take care of her 11 younger sisters, but it's hard to do that when the king has abandoned them and mourning must be observed for a year. Dancing is the only thing that helps but it's forbidden during mourning, so when Azalea finds a secret passage that leads to a magic dancing pavilion, it seems like a wonderful solution. But magic never comes without a price and the secrets they're all keeping from each other could be their undoing. The Penderwicks at Last by Jeanne Birdsall

Book 1 introduces the 4 sisters Rosalind, Skye, Jane, and Batty along with their faithful dog Hound and their beloved father. While vacationing in a cottage on an estate they met Jeffrey, a lonely boy who they quickly welcome into their hearts. Each book expands on the adventures, heartaches, and loves of this initial cast of characters. I would love to be neighbors with the Penderwicks. 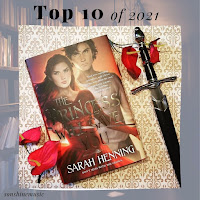 The Princess Will Save You by Sarah Henning

When Amarande's father, the Warrior King, dies under suspicious circumstances, she finds herself a pawn in the royal game as the neighboring kingdoms vie for her hand and control of the Sand and Sky. But she was raised to fight fiercely for her kingdom and those she lives, so when her best friend Luca is kidnapped to force her hand, she sets out on a journey that will change the course of her life, her country, and the entire continent.

Rebecca T.
I'm a librarian at a small Catholic college, where I get to spend each day around all of the things I love. I spend my free time reading at all hours of the day, catching up on my favorite tv shows, and snuggling with my bunny Sebastian. I'm a quirky kind of girl just trying to get through life with the help of my amazing Savior.

Check out my archive of the fabulous web series Green Gables Fables - one of my favorite things of all time.